A stitch in time saves nine. And thousands of volunteers are representing this ‘stitch’ in India by going out of their way to help the poor and those putting themselves on the frontline of this battle against the virus. Obviously, they are not only saving lives but also contributing to a growing community, which is setting an example for the rest of the world.

In times like these, such communities play a significant role in instilling hope and belief in humanity. It could be your local neighborhood or a countrywide community – all of them contribute equally to this great country called India and its culture.

When the lockdown was announced, the first to be affected were laborers and daily wage earners. They immediately proceeded on foot to try and reach their native villages because they could not afford to sustain themselves in cities. But with local governments quickly closing borders, they had to be directed to relief camps.

Thankfully the authorities decided to come to the rescue. There are some 28,000 camps set up for them currently by the different state governments.

There are hundreds of such communities on Facebook which are calling for volunteers to distribute food and masks, as well as to spread awareness about how to maintain social distancing and personal hygiene during the pandemic.

Looking at the plight of the poor, India’s growing middle-class has also come to the rescue. From distributing food packets to donating money, from paying maids and drivers even when they are not working, to setting up temporary kitchens to feed the needy, the list of their good deeds is endless.

Even small and medium companies tried to fill in the gaps left by the authorities who were themselves running helter-skelter to ensure that essentials and medicines were available at every Kirana and medical store in the country. This has been one of the biggest boons in the lockdown.

Though the government is trying to help those who have registered themselves, many don’t have any documentation to avail of these meals or money. And that is where people have stepped in to help.

There is still a lot that can be done, and we can take a cue from happenings around the world. Even in our local community, we can do a lot for those in need.

There are many more ways in which we can contribute to our community. Share your ideas on social media, and let’s all get together to pay it forward. 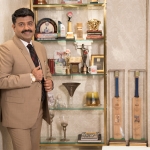 Grit and Determination Are Key To Success

Posted on September 14, 2019by Team Agnelorajesh
We all know that talent is important for developing skill…