While in some countries, different states are showing various reactions to the pandemic, almost every state in India is taking the situation seriously. State governments all over the country are helping the poor and needy, especially daily wage earners who are the worst hit during the lockdown.

We take a look at how each of them is dipping deep into its pockets to come up with the finance and resources to tackle the situation. They are certainly making India proud.

Here is a look at what some states are doing on this front.

The Delhi government has announced that those getting essentials from ration shops will get 50% more from April so that they can tide over the entire month. It has also said that it will pay the salaries for all contractual staff, daily wage staff, and guest teachers employed at places that have been closed because of the outbreak.

Just like Delhi, the Yogi Adityanath government in UP  has allocated no less than Rs 353 crore for an estimated 3.5 million daily wage laborers. This will be given in the form of cash handouts and aid to all those who have been worst hit by the lockdown. This will be a significant relief to the common man.

The Kerala government is outdoing itself. It has announced a Rs 20,000 crore package to fight the pandemic, of which 14,000 crores will be used to pay all arrears pending in various sectors and a Rs 500-crore health package.

It has already announced tax reliefs to auto-rickshaws, taxis, and busses, and will launch restaurants which will distribute meals for Rs 20 only. It has distributed pensions a month earlier so that nobody is inconvenienced due to the lockdown.

A village employment assurance scheme of Rs 2000 crore has also been announced for April and May. It has also announced a one-month extension to pay water and electricity bills and is giving food grains to all families, whether they are below the poverty line or not.

Another Rs 2000 crore is being distributed as consumer loans through a self-help group called ‘Kudumbashree.’

The Haryana government has announced a Rs 1,200 crore financial package for daily wage earners, street vendors, and construction workers. It has also said that all daily wagers can register with the deputy commissioner of the district on a portal, and all those found eligible and having a bank account will be directly provided an assistance of Rs 1,000 per week.

The Chief Minister has himself contributed Rs 5 lakh from his pocket and is encouraging others to do the same to the Haryana Corona Relief Fund. Monthly rations were given free of cost for April, and dry rations have been promised to all school and Anganwadi children until these institutions are shut.

Those registered with the Haryana Board of Construction Workers scheme will be given Rs 4,500 monthly to be paid weekly directly into their bank accounts, and the same for all below poverty line families.

Coronavirus patients will be treated free of cost, and health workers fighting the pandemic will be provided accident insurance worth Rs 10 lakh.

While mentioning all the states and what they are doing would take too long, rest assured that each state is doing its utmost to help its citizens, and that is very heartening. 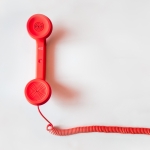 COVID-19: How to Effectively Communicate with Clients with Empathy

Most corporates are busy blasting emails to customers about the…