Friends, India is undoubtedly an inspiration to the world during this crisis. There are so many examples of how a nation of more than 1.3 billion is coming up with an innovative and thoughtful way of handling the situation.

One state stands out in this situation. The way Kerala is managing to contain the pandemic is inspiring every other state and even other countries.

Here are a few ideas that others can pick up from the state.

Healthcare workers are most at risk as they are at the forefront of this fight against the virus. We keep hearing of how doctors and nurses are getting infected, and yet they fearlessly carry on serving society.

Kerala is using walk-in sample kiosks, which ensure that health workers are not exposed to those coming in for COVID-19 tests. Samples can be taken easily and quickly in just two minutes with the help of these kiosks.

As soon as people started testing positive, the state ensured that those who were suspected of carrying the disease were isolated and tested. Those coming from abroad or even from other states were quarantined and tested, and those they had come in contact with were quarantined.

This is now giving results with the number of infected in Kerala coming down in a big way. The percentage of infected people from the total tested population has come down from 40 percent to a mere 2 percent now.

The government has promulgated an Ordinance, which gives it special powers to handle the situation in the proper manner. While old laws are restrictive, the new ordinance allows the government to take extraordinary measures and frame regulations to tackle any kind of epidemic disease. It even imposes a two-year imprisonment and fine of Rs 10,000 if it finds anyone in a violation of its laws.

The state made route maps of those who were tested positive by using mobile applications and digital technology. In this way, it managed to trace many people who came in contact with the infected, so that they too could be isolated and quarantined.

Most number of people recovered

With the state administration and local bodies working together to help health workers, the latter were able to do their jobs well, resulting in Kerala having the most number of recovered patients in the country.

Kerala set up ten testing centers and indigenously developed the Rapid Test Kid, which identifies the presence of the virus in 15 minutes. The kit, which is a first-of-its-kind in India, was designed by the Rajiv Gandhi Centre for Biotechnology in Thiruvananthapuram.

In Kasaragod, where the infection rate was the highest, the Kasaragod Medical College was converted into a state-of-the-art COVID treatment center in just four days. A specialized COVID-19 treatment hospital has also been initiated in Kasaragod.

Food and essentials for all

The state government made available food grains and provision kits for its citizens through its rations shops. Over 1400 Kudumbashree Janakeeya hotels and community kitchens across the state have been providing free meals to the needy. These meals can also be purchased for Rs 20 by those who can afford it.

The police and fire department conducted awareness drives and even delivered food and medicines to people who needed them.

Over 18000 camps were set up for workers from other states who were stranded in Kerala to ensure food and accommodation facilities for them. Online counseling, help desks, and telemedicine facilities are being provided to Malayalis spread all over the world.

All these efforts have given excellent results today, and the world can certainly learn from Kerala, God’s own country. 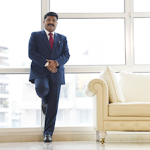