How we can apply Gandhi’s principles to modern corporate strategies ??

When we look at our leaders in the past, there are so many of them who inspired an entire nation to follow their philosophy. Mahatma Gandhi, Bal Gangadhar Tilak, Lala Lajpat Rai, Lal Bahadur Shastri, Maulana Abul Kamal Azad, Netaji Subhash Chandra Bose, and Dr. Rajendra Prasad – all have something to teach us even today. In fact, businessmen can learn management lessons from them.

Today, how many of us know that Mahatma Gandhi is a symbol of leadership and inspiration for the corporate community all across the world? How this can be possible, you will say. Well, did you know that the Harvard School of Business Management while taking note of Gandhi’s principles has crowned him the Management Guru of the 20th century? Do you need any more proof than that?

Leadership is a core value for any organization. A leader needs to have a vision, and guide his employees towards a common goal. That is exactly what the Mahatma did. And he was so successful that he passed on his vision of freedom from British rule to the entire population of India and inspired them with his philosophy of non-violence to such an extent that people submitted to be physically beaten up by the British, without retaliating or resorting to violence. If you think about it, this is a great achievement. This is what we need to learn from him.

If you look at it, even freedom was an alien concept for the Indian population at that time. They were so used to British rule that even thinking of complete freedom and pushing the British out was not possible. But one man not only made it their vision and goal but even achieved it. It was a time to think out of the box. That is something that Corporatism needs today. Change the rules. If violence doesn’t work, resort to non-violence. Force has never worked for anybody. That is why slavery was abolished. You cannot force someone to do something. They will rebel sometime or the other. But if you resort to love and truth, it is a better way of getting workers to do wonders for the company. I am sure Human Resource executives in every company across India will agree with me on this count.

Today, when we look at what has happened with imports and exports – countries are importing so heavily from China that the crisis that we are facing today has worldwide implications. Gandhi talked about self-reliance – imagine if countries had become self-reliant to an extent, how much less dangerous the current crisis would have been. Today, since China cannot export anything, businessmen should see it as an opportunity to expand their business or grow their business to fill in the gap. It is an opportunity rather than a crisis. In fact, it’s time for Indian companies to make masks, hand sanitizers, disinfectants, medical equipment, bodysuits, etc., even vaccines when we find one against the Corona Virus. It is time to increase self-reliance according to Gandhi’s principles.

Another Gandhian principle is that of Trusteeship. Which is similar to the modern concept of Corporate Social Responsibility (CSR)? If you look at what Gandhi propagated, he was aware that the modern industrial world would create two classes of people – the haves and the have-nots, so he propagated Trusteeship. In our country where there was already a vast gulf between the rich and the poor, we needed leaders and businessmen who not only thought of profits but used those profits for the benefit of the common man by forming Trusts which would use the profits for the benefit of workers. Corporate companies are trying to do this through their CSR departments and this is very good. More companies need to follow this trend and use their profits for the benefit of the community.

Interestingly, Gandhi also knew his enemy well. He knew that the British had courts that they needed to answer to and that they could not go beyond a certain point. In fact, they could not kill him if he only spoke of peace and non-violence. He even proved that he was willing to die for his principles by fasting to the death if he needed to do so to prove his point.

Today’s corporate companies have a lot to learn about the competition. Many do. They need to understand the market and respond to situations in a way that is not detrimental to their customers. They need to stick to their convictions as Gandhi did. Cut-throat competition should be avoided. Sabotaging the enemy is not in our culture. Rather, stick to your core values, the way Gandhi stuck to his principles of truth and non-violence and inspired generations to do so not only in our country but in other countries like South Africa. 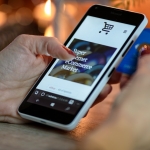 With COVID19 unleashing its terror at unheard of speed and…